It can be nerve-wracking to be investigated and charged with a crime. You would be justified in worrying about your future and whether you will be incarcerated or ordered to pay hefty fines. However, a conviction is not certain. There may be strong defenses that we can raise on your behalf. Whether you are accused of DUI, drug possession, domestic violence, or another crime, you should call ArborYpsi Law for a consultation. Sam Bernstein, the principal of ArborYpsi Law, has tried cases to juries from East Lansing to Downriver and from Pontiac to Jackson. He has defended against misdemeanors and felonies in 13 circuit courts and 39 district courts.

Michigan prosecutors must establish crimes beyond a reasonable doubt. Every element of the crime must be established at this high standard. Each crime requires proof of different elements. In some cases, it is possible to defend against criminal charges by raising a reasonable doubt about one or more elements of the crime. If the evidence is weak, a criminal defense attorney in Ann Arbor may be able to persuade the prosecutor to reduce or even drop the charges. Consequences of a conviction may include incarceration, probation, fines, alcohol counseling, the loss of a driver’s license, employment difficulties, denial of rental housing, and a permanent criminal record.

Prosecutors take drunk driving in Michigan seriously. It is unlawful to drive while intoxicated or impaired by alcohol, an intoxicating substance, or a controlled substance. It is also illegal to drive with a blood alcohol concentration of 0.08 or higher. Harsher penalties are imposed if your blood alcohol concentration was discovered to be 0.17 or more. Courts are supposed to decide DUI cases within 77 days of arrest. Depending on the circumstances, if you are convicted, you may face mandatory jail time and driver’s license revocation. A third DUI is charged as a felony.

Drug crimes may be charged as felonies or misdemeanors. They are divided into five schedules of controlled substances. The drugs with the greatest potential for abuse, such as heroin, are listed in Schedule I. On the other end of the spectrum, Schedule V drugs are those with the lowest risk of abuse, such as cough syrup with codeine. The schedules are used to decide which penalties should be imposed for illegal possession or sale of drugs. Ann Arbor criminal defense attorney Sam Bernstein has fought many drug charges, sometimes by using procedural defenses based on violations of constitutional rights.

Domestic violence is a type of assault and battery that occurs when the victim and the perpetrator have a close relationship as specified by statute. Under Section 750.81, you can be convicted of misdemeanor domestic violence if you assault or batter your spouse or ex-spouse, someone whom you are dating or have dated, someone with whom you have a child in common, or a former or current resident of your household. If you are convicted of a first offense misdemeanor, you can be sentenced to imprisonment for up to 93 days and a fine of up to $500. For a third offense felony, on the other hand, you can face a maximum of five years’ imprisonment and fines of up to $5,000. The sentence will be harsher if you have two or more prior convictions.

You can be charged with assault if you attempt to injure another person or make threats of action that you appear to be able to execute and thereby cause another person to fear imminent violence. Assault and battery without weapons are misdemeanors that can be punished with imprisonment for up to 93 days and a $500 fine. You may be charged with a felony if you intend to cause great bodily harm or injury or a dangerous weapon is involved. Felony charges may also be brought if assault and battery occur while you are intending to commit another felony, or when the victim falls into certain specified categories. You should promptly contact a criminal defense lawyer in Ann Arbor if you are facing any type of assault and battery charge.

Our Ann Arbor criminal defense lawyer also can help fight charges involving firearms. It is unlawful to carry a hidden firearm unless you have an appropriate license. It is also unlawful to have a firearm in your possession while committing a felony, to possess a firearm while intoxicated, to carry a firearm in certain spaces such as schools, or to possess a firearm if you were previously convicted, unless you meet certain exceptions. Consequences for a gun crime conviction vary depending on the specific crime at issue. For example, if you are convicted for possessing a firearm while committing a felony, you face incarceration for two years. Other consequences may include the loss of a professional license, long-term restrictions on gun ownership, and immigration status changes.

Traffic violations may be infractions, misdemeanors, or felonies. Traffic violations in Michigan include driving on a suspended license, speeding, reckless driving, leaving the scene of an accident, moving violation causing injury, and moving violation causing death. When you simply pay a traffic ticket, you admit guilt. Points will be placed on your license if you do not mount a successful defense. For instance, you can get six points for reckless driving, and you can get four points for drag racing. If you accumulate 12 points in two years, your license may be restricted, suspended, or revoked. You should contact a criminal defense attorney in Ann Arbor to investigate whether you may have grounds for fighting a traffic violation.

Family law involves a range of issues with long-term consequences, including prenuptial agreements, divorce, child support, child custody, domestic violence, and paternity. Another commonly contested issue is property division. When a marriage ends, Michigan courts follow equitable distribution laws when dividing marital assets and debts. This does not necessarily mean that each spouse gets 50 percent of the marital property, but the judge will try to provide each spouse with property in an equitable way.

To file for divorce, one spouse needs to have lived in Michigan for 180 days before filing. One spouse must have lived in the county where the complaint was filed for 10 days immediately before filing, except in specific situations. One of the issues related to divorce that may be contentious and complicated is child custody. The court will order custody and visitation according to a child’s best interests.

Unlike some other criminal defense attorneys, Sam Bernstein has never been part of the system that is against you. He is—and always has been—on your side. He fights for the accused in Washtenaw, Wayne, Oakland, Monroe, Livingston, Lenawee, and Jackson Counties. Call him at (734) 883-9584, e-mail him at bernstein@arborypsilaw.com, or complete our online form. 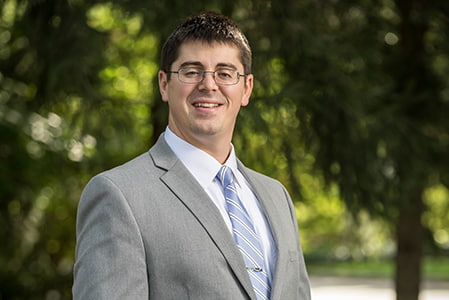 Sam Bernstein of ArborYpsi Law is an experienced criminal defense lawyer. He successfully defended serious felony and misdemeanor charges. He has obtained not guilty verdicts at trial, dismissals of cases on legal grounds in DUI cases, and complete diversions from the criminal system. Sam Bernstein is the go-to Washtenaw County attorney, having grown up in and basing his entire legal career in Ann Arbor. Active in the legal community, Sam Bernstein has long held leadership positions in the Washtenaw County Bar Association.

View More
FAQs
When Should I Call an Ann Arbor Criminal Defense Attorney?

If you have been arrested, you should contact a lawyer right away. It’s important to remember that you have the right to remain silent, and you do not have to speak to the police. Furthermore, the police cannot continue to question you until your lawyer is present.

If you are under investigation, don’t wait to speak with a lawyer until you’ve been arrested and charged. Hiring a lawyer may be able to prevent you from getting charged or at least prevent them from taking advantage of your lack of representation.

It’s also a good idea to hire a criminal defense lawyer if you’ve been subpoenaed as a witness in a criminal case. They can help you navigate the process and avoid incriminating yourself, depending on your involvement in the incident.

Will the Prosecutor or Judge be Lenient if I Cooperate?

Prosecutors may tell you that you will get a better outcome if you cooperate, but this is typically not the case. They want to get a conviction as quickly as possible to move on to the next case. As a result, they may pressure you to plead guilty or otherwise incriminate yourself when they don’t have the evidence they need to get a conviction. They are also under no obligation to offer a more lenient sentence simply because you cooperated with them. Working with an Ann Arbor criminal defense attorney is the best chance for getting a fair result.

Should I Accept the Plea Agreement I’ve Been Offered?

We recommend that you speak with an Ann Arbor criminal defense attorney before accepting any plea offer. First, they may be offering you a plea deal because they know that the case against you lacks sufficient evidence to convict you. Second, the plea deal they offer may not be fair – defendants in similar circumstances may have gotten better offers. An attorney can evaluate the plea deal you have been offered and help you understand your options.

Won’t I Look Guilty if I Request a Defense Attorney?

The police will try to persuade you that only “guilty” people need lawyers. They may even tell you that you don’t need a lawyer because you aren’t a suspect or that everything will be fine if you just cooperate. Unfortunately, the police aren’t obligated to tell you the truth, and in fact, may be trying to trap you.

How Do I Choose the Right Ann Arbor Criminal Defense Attorney?

Most lawyers will provide a free initial consultation. You should be prepared to discuss your charges, but you should also be ready to ask your lawyer questions regarding the following:

Ultimately, you should hire an attorney that you are confident has the knowledge, skill, and experience to provide an aggressive defense.

What is my Lawyer’s Role?

Your lawyer will play a critical role in your defense, serving primarily as your advocate. This includes undertaking the following actions:

An Ann Arbor criminal defense attorney can help you navigate the criminal justice system so that you can get a fair result.

Ann Arbor Criminal Defense Blog
More»
Client Reviews
★★★★★
Sam was a helpful lawyer who is a man of his word. He helped in our cases 2 times in a row with successful outcomes. I could not think of a better lawyer who is always on time to court, good attitude, smart, and honest. He is respectful and answers all of the questions we had. Two cases were both a success thanks to Sam Gigi
★★★★★
It has been a couple of days since Sam represented my son in Washtenaw County. He gave me the miracle I prayed for. He did way more than I thought was possible and as I told him on the phone I would hug him if I could. If you ever need a good lawyer, this guy is the one to hire – and his prices are very very reasonable. I wish him much prosperity and a good life. He made my life happy for the first time in a long time and I cannot thank him enough. Linda
★★★★★
Sam took my call and consulted me immediately. He provided fair pricing for the legal services I was requiring. I hired him about a week before my case, he still took on the case load and did amazing work. He is an excellent attorney and a friendly person to be in the court room with when you’re in a stressful situation. Devon
View More Reviews
Submit a Law Firm Client Review
Contact Us