Why Do People Get Pulled Over? Our Ann Arbor DWI Lawyer Explains

There are many reasons why people get pulled over for DUI, even if they are not swerving all over the road. Some of the more common reasons include:

You may still be arrested at this point. The police will request that you take a breath or blood test under the Implied Consent Law. The Implied Consent Law provides steep penalties for drivers who refuse to take a breath or blood test when requested by the police. The driver who refuses the test faces a year-long license suspension.The police will likely be able to obtain a warrant to draw your blood even if you refuse the requested test. Therefore, refusal of the test at this point will hold few advantages and only consequences. You may ask the police to make a phone call to your attorney. Often, a person who has an unlawful blood alcohol content has been pulled over for a technical driving violation, rather than for actual impaired driving. When this is the case, declining to provide evidence of impairment as outlined above can be helpful to avoid arrest and to allow your attorney to challenge the case in Court.

When speaking about whether a person is driving while intoxicated, the legal phrase is to be "under the influence" of alcohol or drugs.

To be intoxicated means a person's ability to operate a motor vehicle in a normal manner is substantially lessened.

The Michigan Jury Instructions provide guidance on what a substantially lessened ability to drive might look like. Jury instructions are guidance on laws read to a jury at trial for them to use in making decisions on guilt or innocence.

To be under the influence, a person does not have to be falling down or hardly able to stand up. On the other hand, the fact that a person drank or used drugs does not mean by itself that a person is under the influence. The test is whether, because of drinking or drugs, the person's mental or physical condition was significantly affected and the person was no longer able to operate the vehicle in a normal manner.

Basically, this is not much guidance at all. The jury instructions tell us that a person under the influence can be falling down drunk but doesn't have to be. And that just taking alcohol or drugs isn't necessarily enough to be under the influence. The instructions tell us the person is "significantly" affected. Thus, you need an experienced and skilled Ann Arbor DUI attorney to provide your best defense option.

Michigan has several levels of impairment, so DUI charges are broken down as follows:

Penalties for DUI in Michigan are as follows: 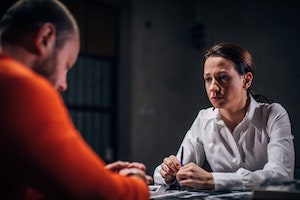 Since the penalties for DUI offenses in Michigan are severe, it is in your best interest to contact an Ann Arbor DWI lawyer immediately if you are facing these charges.

Consequences of a Drunk Driving Conviction in Michigan

If you have been convicted of a drunk driving offense, some immediate serious consequences may occur, including:

A DUI or other criminal conviction can have long-lasting effects, especially when it comes to gaining employment. A DUI conviction will get recorded on the following records:

The outcome of your DUI case typically results in one of three options:

Keep in mind that employers can do a criminal background check and see a DUI on your record. This may result in you losing the employment opportunity.

When you are charged with DUI, you have a lot at stake, not only now but in your future. Your driver’s license, criminal record, and your liberty are all on the line. The damages for these charges go far beyond the penalties a judge or jury hands down, which is why you must have an Ann Arbor DUI lawyer handling your defense.

What Happens After a Drunk Driving Arrest in Michigan?

A DUI case has several steps, and an Ann Arbor DWI lawyer will work on your behalf to handle all of your court-related matters.

As an Ann Arbor DUI attorney, we will work with you to help you make a good impression in Court. We can give you recommendations on steps to take before your court case. For example, going to treatment demonstrates to the Court that you are aware of a problem and taking steps to address it. Letters from family and friends can convey positive qualities that set you apart from others.

DUIs in Michigan come with driver’s license consequences. We can help reduce those consequences through plea negotiations. For example, if you are charged with OWI High BAC, we may able to work on a plea bargain so that you can avoid the license sanctions from the more serious charge. 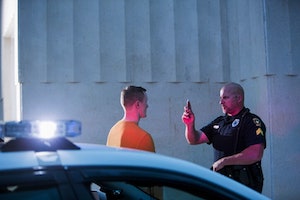 Drunk driving in Michigan has several forms of arrest that bring different penalties. No matter your charge, our DUI lawyers are here to help.

All DUI related crimes come with driver's license consequences. For example, the standard charge of OWI comes with a 30 day license suspension followed by restrictions.

It is illegal for anyone to consume or possess any amount of alcohol in the state of Michigan if they are under the age of 21. If you are caught drinking underage if can lead to: a $100 fine, enrollment in a substance abuse program, drug testing, and/or community service. If you have a Blood Alcohol Content of 0.02 or above you can be charged with Minor in Possession. If you consumed alcohol at a religious ceremony this can be used in your defense.

Top Questions Answered by Our Ann Arbor DUI Attorney Will I Receive Drug or Alcohol Testing When I First Go to Court?

It is common for people charged with a DUI to receive some form of drug or alcohol testing when they first go to court. Although everyone is presumed innocent, there is a court rule that allows the judge to impose requirements called bond conditions. Those bond conditions can include testing for drugs or alcohol.

Each court is different. Some courts will require a person to submit to an alcohol test every single day prior to resolution of the case. Other courts may require a person to submit to one test, called a baseline test. Passing the test with a negative result may end all further testing requirements. If the test reveals drugs or alcohol the person may be required to undergo further testing.

Will I Still Be Able to Drive?

While the case is pending you are still able to drive with a full license. What likely happened, is the police officer confiscated your license, destroyed the license, and then provided you with a paper license. That paper license gives you the ability to continue driving. A DUI conviction may result in additional license sanctions.

However, it is important to note that a refusal of a breath or blood test (chemical test) can result in an implied consent suspension. You have 14 days from the day of refusal to request an implied consent hearing from the Michigan Secretary of State. The officer will have provided you with paperwork that you can fill out to request the hearing. Or you can hire an attorney to request the hearing for you. Either way, it is important to take immediate action when there has been an implied consent refusal. Failure to schedule the hearing will result in an automatic one-year license suspension, which can only be undone with a hardship appeal in circuit court.

Can an Ann Arbor DUI Lawyer Prevent Me From Going to Jail?

The majority of judges do not put someone in jail for a first-offense OWI without compelling circumstances. However, there are judges who sentence people to jail for first-offense OWIs – it just depends on who the judge is. Also, a bond condition violation or a probation violation could result in a person being sentenced to jail. And of course, all OWIs as with any misdemeanor could be punishable by jail time.

Your main concern with a first-offense OWI is generally not jail time. More immediate concerns are how a conviction will effect employment, driver’s license, or professional license such as for health care.

Is My Life Over?

Our DUI attorneys get asked this very serious question on quite a few calls. No, your life is not over. An OWI charge is a common situation, from the person who had made a mistake and had one too many beers at the bar to the serious alcoholic. Anyone could receive an OWI charge, regardless of socioeconomic class or race. Although dealing with OWI charge is certainly not fun and can be stressful, we will get you through the experience in one piece.

If you are facing DUI charges, you do not have to deal with them on your own. A DUI conviction stays on your permanent criminal record and can hinder your chances of future employment. Contact Sam Bernstein, an Ann Arbor DWI lawyer at ArborYpsi Law and schedule a free consultation today.

Contact Us
Practice Areas
Ann Arbor Criminal Defense Blog - DUI/OWI/DWI
Client Reviews
★★★★★
Sam was a helpful lawyer who is a man of his word. He helped in our cases 2 times in a row with successful outcomes. I could not think of a better lawyer who is always on time to court, good attitude, smart, and honest. He is respectful and answers all of the questions we had. Two cases were both a success thanks to Sam Gigi
★★★★★
It has been a couple of days since Sam represented my son in Washtenaw County. He gave me the miracle I prayed for. He did way more than I thought was possible and as I told him on the phone I would hug him if I could. If you ever need a good lawyer, this guy is the one to hire – and his prices are very very reasonable. I wish him much prosperity and a good life. He made my life happy for the first time in a long time and I cannot thank him enough. Linda
★★★★★
Sam took my call and consulted me immediately. He provided fair pricing for the legal services I was requiring. I hired him about a week before my case, he still took on the case load and did amazing work. He is an excellent attorney and a friendly person to be in the court room with when you’re in a stressful situation. Devon
View More Reviews
Submit a Law Firm Client Review