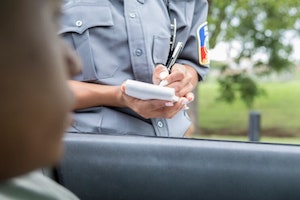 Impaired driving is a charge in Michigan that is often connected to the police catching a driver using poor driving judgment. In these cases, you may be below the legal BAC, but still charged with a drinking and driving offense. In order to prevent a conviction for this crime, you need to contact an Ann Arbor DWI law firm in order to present your best defense to the judge or jury.

What is an Impaired Driving Charge in Michigan?

To be impaired means to drive with less ability than an ordinary careful driver. The jury instructions elaborate, "The defendant's driving ability must have been lessened to the point that it would have been noticed by another person."

Factors Involved in Both Drunk Driving and Impaired Driving

The jury instruction go further in laying out some factors for a jury to consider when making the decision of whether a person committed a crime when driving.

What was the mental and physical condition of the defendant at the time that the defendant was operating the motor vehicle? Were the defendant’s reflexes, ability to see, way of walking and talking, manner of driving, and judgment normal? If there was evidence that any of these things seemed abnormal, was this caused by drugs or alcohol?

Essentially, the jury instructions are telling jurors to just look at this person and figure out if they are under the influence of alcohol.

Bad Driving Should Not be Connected to Drugs or Alcohol

Key to all these standards and factors is that the driving at issue must be caused by drugs or alcohol. It's not enough to say that someone was driving poorly after drinking, therefore they were driving while impaired.

For example, let's say someone was driving after a few beers and swerved and hit a tree. It would be easy to say they had the accident because of alcohol? Would the accident have been caused but for the alcohol?

However, let's say the person swerved to avoid a deer that suddenly jumped in the road. Or they swerved to avoid a pothole. Or maybe they were eating fast food and the burger fell on their lap, causing them to lose focus. It's easy to see that the driving at issue could be caused by something other than drugs or alcohol. In these instances, how can anyone say the accident was caused by alcohol and not the deer, pothole, or fast food? These alternate reasons for the accident would be reasonable doubt that alcohol caused the accident.

The Prosecution Will Use Your Driving Error Against You in Court

At trial, the prosecutor and arresting officer will use any evidence of bad driving against you. The standard for "good" or "non-impaired" driving becomes 100% driving perfection.

At the same time, all of the driving events are very common. We all go over or under the speed limit. All of our cars touch lane markers or we make wide turns.

The reality is that most people never ever drive at this 100% perfection standard. Next time you're out driving casually watch other drivers. You will see people weaving all over the place. You will see their tires drive on the lane marker and go over the marker several times a minute. Drivers don't use their turn signals. People are speeding and tailgating all over the place. People are bad drivers. We don't assume these people are impaired by alcohol.

However, a prosecutor will tell a jury that a person who drives too fast and makes a wide turn did so because of alcohol. The prosecutor will do this despite the reality that this driver was speeding and making bad turns without any alcohol whatsoever.

Let's go back to the jury instructions, which ask us to see if the person's ability to drive was normal. If people are bad drivers to begin with. how can we tell if alcohol really made the driving worse?

A lawyer who practices DUI defense will understand these concepts. Don't just walk into court and plead guilty because you think nothing can be done in your case. It's true that these cases are very difficult to challenge. But at the same time a DUI conviction will go on your record for life. Spending the time and money to have an experienced DUI attorney evaluate your case for potential ways to help is worth it.