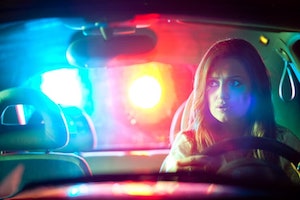 An Ann Arbor defense lawyer knows that all DUI charges begin with a police traffic stop. A person leaves the bar after a couple beers, the car goes over the speed limit, and a police officer turns on the flashing lights. From a DUI lawyer's perspective, looking at this stop is one of the most important parts of DUI defense.

Breaking the Legal Basis for Traffic Stops in Michigan

Police know that on any given Friday night they can pull over a certain number of people and some of them will be driving under the influence. The police need a legal basis to pull over a car. That legal basis is one of two reasons:

An officer who suspects someone of drinking and driving can pull the car over. But the same officer doesn't need to believe a person is drinking before pulling them over.

An officer might have a suspicion that a person is driving under the influence but doesn't have probable cause to pull that person over. All the officer needs to do is wait until the person drives a little bit over the speed limit and turn on the lights. From there, the officer can try and see if the person is impaired or intoxicated.

Police make a significant amount of work for themselves by simply pulling someone over for a civil infraction. Once the person is pulled over, the officer gets to start asking questions, seeing if the person is up to anything.

Probable Cause for a Traffic Stop

An Ann Arbor DUI defense attorney can get the case dismissed if the traffic stop is made without a legal basis. Evidence obtained from an unconstitutional seizure of a person is suppressed from evidence at trial.

We will challenge a case in a situation where the traffic stop is made without legal basis. What we will do as your criminal defense attorney is file a motion to be heard in front of the judge.

The officer's observation of a car leading to a traffic stop is an important component of a DUI case. In trial, the officer will make observations and say it is evidence of impairment. Is the driving observed signs of impairment? Not necessarily. Cops are just looking for reasons to pull people over. At a minimum they can write a ticket. The cop who pulled over the driver for going too slow, and then finds out the driver is impaired, will later say the slow driving is a sign of impairment. As your criminal defense lawyer, we need to take a hard look at the stop to see if the observations are signs of impairment or something else.

Our Ann Arbor DUI Attorneys Will Fight for Your Rights

Challenging the stop is just one component of fighting a DUI case. There is so much more to challenge, including the steps that come immediately after the stop, when the officer asks the person out of the car and perform field sobriety tests. Ann Arbor DUI Attorney Sam Bernstein is specially trained in DUI defense. He is not afraid to challenge the basis of your DUI stop and take your case to trial. Give us a call and let us help defend your rights.