Falsely Accused of Being Intoxicated When You Took a Prescription Medication? You Need Our Ann Arbor DUI Law Firm 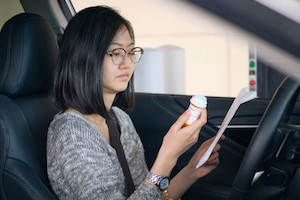 The operating while intoxicated (OWI) laws in Michigan make it possible to be charged for driving under the influence of your prescription medications, even if a physician prescribed the medicine to you. If you were arrested for a DUI but had only taken a prescription or otc drug, you need the help of our Ann Arbor DUI law firm.

How Can I be Arrested for a DUI When I Hadn't Consumed Any Alcohol?

Is Medicine Considered a Controlled Substance in Michigan?

A controlled substance is a drug that is only available by prescription and is otherwise regulated by the government. Examples of controlled substances could be medications such as Valium, Xanax (Alprazolam), opiate-based painkillers such as codeine and morphine, or stimulants like Adderall or Ritalin. These substances can be prescribed by your doctor.

But What if I Was Prescribed the Controlled Substance?

There is no definition of “too much” of a controlled substance. One amount of sedative drugs may have a great effect on one person while not effecting another person. You could theoretically have a large amount of a substance in your system but not be under the influence of that substance.

How Much Medicine Would be Enough to Say I Was Impaired?

There is a concept of a therapeutic level for medications – that there is a certain range of the drug in the system where the drug is expected to be effective without causing problems.

Nevertheless, there is no amount of a prescription medication that will necessarily make you intoxicated. However, drug levels within the therapeutic range could be evidence you were not under the influence.

Contrast this with the law on alcohol. For alcohol, you are considered intoxicated if your blood alcohol level is .08 or above.

I Was Arrested for DUI With Prescription Meds – Should I Just Plead Guilty?

The first thing you should after a DUI arrest is speak with an attorney. A lawyer trained in DUI laws will be able to view the case through a legal lens and predict how the case may be viewed by a jury. These cases are far from open and shut. There may be legal defenses available to you that are worth your time and money to explore.

Some issues to explore:

You don't need to answer these questions yourself. When you make an appointment with a drunk driving lawyer at our firm, we'll help you understand your legal options.

How ArborYspi Will Defend You in Court

There are many kinds of prescription medications. There are sedatives, stimulants, anti-anxiety, weight loss drugs, sleep-aids, or painkillers. All of these drugs affect people differently. Some of these drugs might even make you a better driver.

Police and lawmakers are on the hunt for anyone suspected of driving under the influence. We now see police claiming to be drug recognition experts and we’re starting to see roadside saliva tests that may detect medications that would have previously gone unnoticed. There could be an increase of people arrested for DUI.

Here’s the reality. When the police officer has you pulled over and suspects you of taking drugs you are likely going to jail. The police officer and then the prosecutor then start with the conclusion that you are intoxicated, and then look for justification of that conclusion. That’s not how it should work.

We actually start with the presumption of innocence, that people are presumed innocent and are innocent unless there is evidence beyond a reasonable doubt proving otherwise (it’s in the Constitution).

It is the criminal defense attorneys job to repeatedly remind the jury of this presumption.

Call Us Today to Speak With Our Top DUI Law Firm