Understanding Assault and Battery Charges What is Considered Assault?

Assault and battery charges are often associated together, but they are actually two distinct and separate crimes. Assault in Michigan is defined as an attempt to cause physical injury to another person. It includes any intentional unlawful act or threat of action against another person. Attempting to strike someone, brandishing a weapon or threatening violence can all be considered assault under Michigan law. If the person being threatened perceives that the offender has the ability to carry out the threat and reasonably causes that person to feel afraid, then the act is considered an assault.

In Michigan, there are several different types of assault charge levels.

The Differences Between Battery and Assault

Battery, on the other hand, is the intentional infliction of violence or force against another person or hitting someone with an object. Although assault can occur without a battery charge attached, a battery charge is often accompanied by an assault charge since it is implied that a threat occurred before the battery was carried out. For example, if someone threatened to punch you and you perceived that the threat was reasonably likely to occur, an assault has occurred. If the person proceeds to actually punch you, then a battery has also occurred. Naturally, an assault and battery charge carries substantially harsher penalties than an assault charge alone.

If you’ve been accused of committing assault, battery or assault and battery, it’s important to contact an attorney who uniquely understands how to defend against these issues. Your Ann Arbor assault lawyer can guide you through the process of mounting a solid defense against each case and advise whether it might be possible to drop one or both charges.

As an experienced Ann Arbor assault attorney, Sam Bernstein will investigate your case, conducting a full evaluation before going to court. We will obtain the police report and review it with you. The ArborYpsi Law team will ask relevant questions, such as:

Our questioning will poke holes in the State’s case and help you achieve a proper defense. 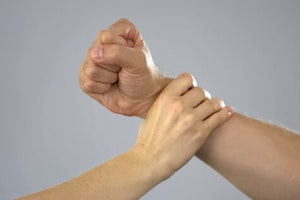 Domestic assault and battery charges are often some of the most difficult cases to prove because the nature of the parties’ relationship often breeds some level of hostility. It is not uncommon for the victim to inflate or twist the truth of the circumstances in order to intentionally harm the accused. False accusations are often leveraged so that parties to a divorce or child custody battle can gain the upper hand. An experienced Ann Arbor assault lawyer understands that a thorough investigation into the facts of an incident is your best and smartest defense against domestic assault charges. Your attorney will likely study the police report and identify signs that the allegation might be overreaching or even false.

A knowledgeable Ann Arbor assault lawyer knows the system and is quite familiar with these types of cases. As such, there are a variety of defenses that may be available to you in court, including the following:

Sam Bernstein, an Ann Arbor assault attorney, at ArborYpsi Law has advanced experience handling assault crimes. If you’ve been charged with assault, contact our office to schedule a free consultation.