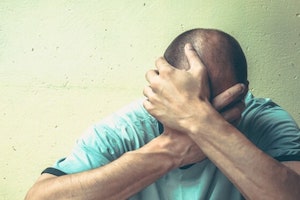 Being charged with domestic violence is a serious allegation that carries hefty penalties and fines. In the state of Michigan, domestic violence occurs when assault or the threat of assault or an otherwise violent altercation occurs between a couple, a group of relatives who live together, or between parents and children. Defendants convicted of domestic violence can serve up to 93 days in jail for their first offense, and up to a year in jail for a second additional offense, with fines ranging between $500 to $1,000 per offense. A third-offense domestic violence conviction is a felony, punishable by up to five years in prison. Only an experienced Ann Arbor domestic violence law firm can help fight these harsh penalties.

Some defendants might assert their total innocence in defending a domestic violence allegation. In order to prove innocence, your attorney would seek to establish your whereabouts to prove you were not at the scene of the crime, or establish a credible alibi. However, if it can be shown you were at the scene when law enforcement responded, it’s unlikely that this defense would work.

A defendant might allege that the battery that occurred was an accident, and that the intent to harm did not exist. Our Ann Arbor domestic violence law firm will take a careful look at the facts of the case, and use forensics to prove that it is unlikely that the injury was intentional.

Self defense is a common defense to domestic abuse. If the police report contains admissions by the victim that they were also violent, or if character witnesses can testify to the victim’s violent nature, it is likely that a court will seriously consider whether the defendant acted in self defense.

All defendants are innocent until proven guilty beyond a reasonable doubt. If the allegation rests solely around the victim’s allegations, or there is an absence of physical evidence such as physical injuries or damaged property, a jury may find that there isn’t enough proof to meet this juridical standard of proof.

If your defense attorney discovers that certain aspects of your rights to privacy and representation were violated at some point during the investigation, it may be possible to declare the investigation unlawful and therefore insist that charges must be dropped.