Being charged with domestic violence, unfortunately, is a common occurrence. Frustrations and tensions between two parties in a home environment can quickly become heated and lead to a domestic violence charge. For example, this can occur between a husband and wife, parent and child, or between siblings. A participating party does not even need to call law enforcement for charges to be filed. A neighbor or witness can blow the whistle. An experienced Ann Arbor domestic violence lawyer knows that these cases can affect anyone regardless of age, gender, or socioeconomic class. A domestic violence charge is a misdemeanor in the state of Michigan. A domestic violence attorney can prevent this charge from going permanently on your record and negatively impacting your future.

What is Considered Domestic Violence in Michigan?

Domestic Violence is where a person committed either an assault or battery. These are defined as:

The assault or battery must be against a:

What is the Role of Law Enforcement in Domestic Violence Arrests?

Unfortunately, it is not uncommon for an argument between a couple, parents and children, or other relatives to become so heated that law enforcement is contacted - either by the parties themselves, or a concerned neighbor - to settle the dispute. Unfortunately, once law enforcement is contacted and becomes involved in the dispute, the parties have relinquished their ability to navigate the situation by themselves. Instead, law enforcement will determine whether an arrest must be made, and if they decide to prosecute the case, only they can decide to drop it. Even if the offended party has decided they do not want to pursue the case, law enforcement can proceed. In that case, an Ann Arbor domestic violence lawyer would assist with the defense of your case.

For people charged with domestic violence for the first time, there may be a plea bargain available which would keep the charge and conviction off your record. This is under the law MCL 769.4a, known as the Spousal Abuse Act. This will make the case non-public. This plea bargain option is not automatic or easy to obtain. This requires your Ann Arbor Domestic Violence Lawyer to advocate on your behalf to the prosecutor to make the plea bargain a reality. At ArborYpsi Law, we will learn about who you are as an individual so we can present your case to the prosecution and present you in the best light to the Court.

Domestic violence trials are unusual and unique to the legal system. Unlike other types of trials, the prosecuting attorney is allowed to introduce additional evidence showing that you have previous domestic violence tendencies or charges in your past. Whether this is from an arrest, another case or a report that was never even filed, this can all become admissible evidence. The prosecution can have the victim recount past domestic violence or also subpoena other victims to testify.

ArborYpsi Law has taken many domestic violence cases to trial. We understand the dynamics in these cases and have the tools to win at trial.

We will look at your case with the benefit of our knowledge and experience to help you make the right decisions to put this case behind you.

Penalties for Domestic Violence in Michigan

How Your Domestic Violence Attorney Will Manage Your Case

Domestic violence victims need not visibly display any signs of physical violence in order for an arrest to be made. While bruises, cuts, and scrapes are alarming signs that domestic violence occurred, they need not be present in order for it to have taken place. A police officer and subsequent prosecutor may choose to pursue the case - even in the absence of any physical evidence of abuse - if the facts of a case are compelling enough to warrant an investigation. For example, if the allegations state that the victim was shoved or threatened with murder, than signs of physical abuse wouldn’t necessarily be present. Likewise, these types of cases are almost always much harder to prove, since physical evidence is weighed heavily in trial proceedings.

Furthermore, only the state’s prosecuting attorney can decide to drop domestic violence charges, meaning that neither the victim nor the defendant will have any control over how the case progresses. The rationale behind this rule protects continuously abused victims from being manipulated or coerced from pursuing a case. While the prosecutor will certainly consider whether the victim is willing to testify in determining whether to pursue a case, it is ultimately their decision whether or not they wish to proceed.

If a prosecutor does decide to pursue the case, an Ann Arbor domestic violence lawyer will review and select any number of defenses in order to defend your innocence. Perhaps you acted in self defense, after being threatened by your partner or relative, and merely landed on the wrong side of law enforcement’s investigation. Or, perhaps your attorney will find that there is insufficient evidence to convict, including the absence of physical evidence. It may also be possible that your attorney can prove factual innocence, aiming to show that the charges arose out of false accusations designed to harm or tamper with the accused’s reputation.

Proving innocence and avoiding penalties for domestic violence won’t rest solely on whether you are actually guilty of committing this crime. Hiring a competent and knowledgeable attorney who can deftly navigate the facts of the case is critical to your success in court.

At ArborYpsi Law Ann Arbor domestic violence attorney Sam Bernstein has the experience obtaining numerous domestic violence dismissals. Whether the accuser fails to show up to court or we can negotiate a plea bargain, we diligently work to keep domestic violence charges off your record. We have seen a wide range of cases over the years, which gives us the ability to provide you with appropriate guidance and advice. 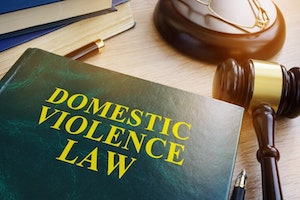 Below are some excellent examples of cases we have won for our clients: