Contact an Ann Arbor Felony Lawyer to Protect Your Rights

A felony charge is a life-changing event. With so much at stake, knowledge is power. Arrested for a serious crime? The sooner you speak to an Ann Arbor felony lawyer, the better.

What is a Felony in Michigan?

What punishment could you receive if convicted of a felony? The answer depends on many factors. A possible sentence could be probation, jail, or prison time, or a combination of jail and then probation.

The possible sentence depends on the person’s prior criminal history and the details of the crime charged.

The case may resolve with a plea bargain before trial. A plea bargain is where a person admits guilt in exchange for a benefit in return. The three most commonly used plea bargain agreements are:

A favorable plea bargain in felony cases is a deal where the felony is dismissed and the person pleads to a misdemeanor offense. This could keep the case away from circuit court in the first place. A plea to a misdemeanor would eliminate the possibility of prison time. 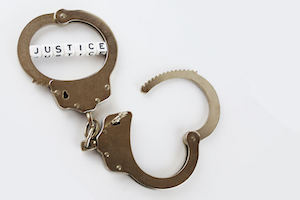 At trial, the prosecution must prove a crime was committed beyond a reasonable doubt to prevail. A defendant is presumed innocent unless proven guilty.

An Ann Arbor Felony Lawyer Will Make the Difference During Sentencing

Following a loss, at trial or a plea bargain, there will be a sentencing hearing. A sentencing hearing is where the judge will tell you what the punishment will be. The Felony Sentencing Guidelines determine the potential penalty. A possible sentence could be probation, jail, or prison time, or a combination of jail and then probation.

Two factors are going into felony sentencing guidelines. The two elements are a person’s prior criminal history and the details of the crime charged.

At the sentencing hearing, two things will happen.

Most criminal defendants in Michigan are entitled to pre-trial release, but their release is conditioned upon a promise to return for trial. In a felony case, a judge will determine whether you qualify for bail and what the bail amount should be. There are four types of bonds in Michigan:

To be released, you must pay the bail amount set by the judge. An Ann Arbor felony lawyer can help you get released on your own recognizance, or at least make sure that the judge sets a reasonable bail amount.

What Happens During Probation?

Probation is an alternative to incarceration in a felony case. Probation may be ordered instead of jail time or as part of a reduced sentence. It is also important to note that you are not entitled to probation and that the prosecution and the judge are under no obligation to offer it to you. That said, an Ann Arbor felony lawyer may be able to help you avoid jail or reduce your sentence by arguing that probation would be appropriate in your case.

What are the Consequences of a Felony Conviction?

The penalties you face will depend on the nature of your offense, your criminal history, and other circumstances surrounding your case. Most people are often focused on the potential prison sentence or fines, but other significant consequences may result from a conviction:

You could be dealing with the fall out of your conviction for years after you’ve served your sentence. An experienced Ann Arbor felony lawyer should understand that there’s more to a potential conviction than prison or fines and will fight to make sure you get a fair result.

Contact Us to Speak With an Experienced Ann Arbor Felony Lawyer

Contact us to set up an initial consultation in which we will discuss your case and the law in a straightforward manner. Call, Ann Arbor felony lawyer Sam Bernstein at (734) 883-9584 or at bernstein@arborypsilaw.com.