Criminal charges are intimidating. It is normal to be afraid of jail time and significant fines. You should retain a criminal attorney to mount a strong defense on your behalf. If you need an Ann Arbor criminal defense lawyer, you should call Sam Bernstein at ArborYpsi Law. He has never been a prosecutor or worked for the system that is stacked against you. Instead, he has dedicated his career to fighting for the accused. The earlier that he gets involved in your case, the better that he can help you. We handle the full range of criminal charges from traffic tickets to the most serious felonies. 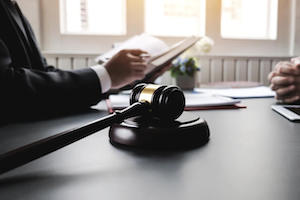 Prosecutors must establish all crimes beyond a reasonable doubt. Crimes in Michigan can be charged as infractions, misdemeanors, or felonies. The most serious charges that you can face in Michigan are felony charges, for which you can face more than a year of imprisonment. Sentencing is governed by the Michigan Sentencing Guidelines. The class of felony will dictate the potential sentence. Class A felonies, for instance, may be punished by up to life imprisonment or any number of years of incarceration. On the other side of the spectrum of severity are Class H felonies, for which you can be sentenced to jail or alternatives like electronic monitoring, treatment, or probation.

Below are some examples of charges with which we can assist you.

Michigan prosecutors take drunk driving seriously. You can be charged if you are intoxicated or impaired by alcohol, a controlled substance, or another intoxicating substance. You can also face charges if you have a blood alcohol concentration of at least .08. You can also be charged if you have any amount of cocaine or a Schedule I controlled substance in your body. While a DUI case may seem straightforward, a criminal defense attorney in Ann Arbor often can uncover issues that may lead to a favorable outcome. For example, the police might not have had a proper basis to stop your vehicle, or they might have mishandled the testing process.

Drug charges in Michigan include possession, distribution, trafficking, manufacturing, importation, prescription drug fraud, and possession with intent to deliver. Michigan’s controlled substances are organized into schedules that determine sentencing. Schedule I substances are the most serious and carry very harsh penalties. A drug is classified as a Schedule I drug if it has a high potential for abuse and has no accepted medical use, and it is not safe to use under medical supervision. Schedule II drugs have a high potential for abuse but a currently accepted use in medical treatment or an accepted medicinal use. You can face significant periods of incarceration as part of your sentence for a conviction involving Schedule I or Schedule II drugs.

If you are convicted of a sex crime, you may face serious harm to your reputation, along with prison time and a requirement that you register as a sex offender after you are released. This makes it especially important to retain an Ann Arbor criminal defense attorney if you are facing a charge. There are three tiers in the sex offender registry, with the third tier involving the most serious crimes. Sex crimes include four degrees of criminal sexual conduct. Criminal sexual conduct covers various forms of sexual assault, such as rape or child molestation. Other sex crimes include pandering, prostitution, and accosting a minor. Some sex crimes occur online.

Section 750.81 governs misdemeanor assault and assault and battery. You may be charged with assault if you made a threat that would cause a reasonable person to fear imminent battery. Battery is an intentional and violent, forceful, or offensive touching of another person or something closely connected with their person against their will. You can be charged with battery even if you did not cause an injury. Upon an assault and battery conviction, you can face up to 93 days of imprisonment and a fine of up to $500. More serious penalties are imposed if a prosecutor can show that you intended to cause great bodily injury, or you used a dangerous weapon, such as a car, unloaded gun, or beer bottle.

Domestic violence is a subset of assault and battery. Specifically, it is an assault or battery against someone you have a special relationship with, such as a spouse, ex-spouse, someone you date or dated, have lived in a household with, or someone you share a child with.

Attorney Sam Bernstein has never been a cog in the system that is against you. He is on your side: the side of the accused. He represents people in Washtenaw, Wayne, Oakland, Monroe, Livingston, Lenawee, and Jackson Counties. Call him at (734) 883-9584, e-mail him at bernstein@arborypsilaw.com, or complete our online form.

Contact Us
Practice Areas
Ann Arbor Criminal Defense Blog - Criminal Law and Procedure
Client Reviews
★★★★★
Sam was a helpful lawyer who is a man of his word. He helped in our cases 2 times in a row with successful outcomes. I could not think of a better lawyer who is always on time to court, good attitude, smart, and honest. He is respectful and answers all of the questions we had. Two cases were both a success thanks to Sam Gigi
★★★★★
It has been a couple of days since Sam represented my son in Washtenaw County. He gave me the miracle I prayed for. He did way more than I thought was possible and as I told him on the phone I would hug him if I could. If you ever need a good lawyer, this guy is the one to hire – and his prices are very very reasonable. I wish him much prosperity and a good life. He made my life happy for the first time in a long time and I cannot thank him enough. Linda
★★★★★
Sam took my call and consulted me immediately. He provided fair pricing for the legal services I was requiring. I hired him about a week before my case, he still took on the case load and did amazing work. He is an excellent attorney and a friendly person to be in the court room with when you’re in a stressful situation. Devon
View More Reviews
Submit a Law Firm Client Review